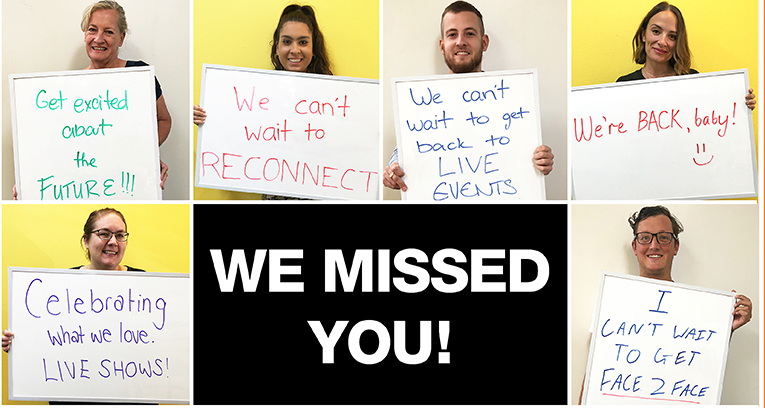 Forgotten again! The events sector misses out on subsidies again

The Federal Government’s latest tourism package to support tourism and the flow onto restaurants, bars, taxis, supermarkets etc. is another on support package for that sector. Residents are being given restaurant vouchers and travel subsidies.  Yet, the one sector that was shut FIRST, the Events & Exhibitions industry, has had no acknowledgement or support to allow the sector to rebuild after the end of March.

Whilst various tourism bodies lobby yet again for what they want more of, it seems the event industry has yet again been snubbed and forgotten completely and it’s now hurting and placing the industry in a very dire position.

Despite the event industry statistics, i.e. in 2019 the industry had a direct contribution of $35 BILLION and pre-pandemic staged approximately 484,000 events nationally, outside the Business Events Grants (BEG) announced last year, there has been no other support. The Business Events Grant was flawed as it only represented single digit percentage support in our sector’s overall worth and doesn’t support or acknowledge the consumer sector of the events industry which makes up 50% of all shows.

Gary Fitz-Roy of Expertise Events said, “It’s a real kick in the guts. The exhibition and event industry represents a major commercial sector that can contribute to rebuilding consumer and business confidence and the vast majority of our sector are family, privately-owned businesses who have sacrificed everything to come through, unlike huge corporate airlines and hotels in the tourism sector, and now we are at the tipping point.

“Think about each capital city and the size of the exhibition and convention centres. You can’t miss them! How does the state and federal Government think they get filled? Maybe it’s no coincidence the program is abbreviated to BEG. Is that what we have to do to have ALL events included for support to trade out and get some equality?” continued Fitz-Roy.

There are questions and anger being raised around what the exhibition and conference industry associations have tangibly been doing to support the industry, ensuring the Government’s awareness about the issues so we are supported. It seems they all jump on what others achieve but have been lacking in any big moves and self-initiated actions.

Fitz-Roy said, “I seriously believe they are so out of touch with their members’ pain and issues and they jump in on what others achieve and claim as their own. They really need to accept responsibility for the lack of Government and general media awareness as it’s now coming home to roost. They need to accept some of where we are now is their fault due to lack of proactive actions.”

Fitz-Roy is well placed to make these comments being a previous founding member, initiating a number of industry events which still run annually, and, over the last 12 months personally funding a media awareness program that created more awareness than all the associations combined!

The industry is estimated to pay out in direct wages $11.1 BILLION, employ in excess of 229,000 and connect 43.7 BILLION people face to face annually. This is no small contribution.

Fitz-Roy believes there is a huge lack of understanding about the event industry, what we do, how we can help. Fitz-Roy said, “Our issue hasn’t changed. State premiers’ border closures which have affected confidence are lingering. It is paramount that the Federal Government use their powers to now get a signed agreement that borders will remain open.  Also they need to consider providing funding for a national advertising campaign to encourage the return of exhibitors and visitors to events, enforce consistent COVID rules between each state and, given we have very specific costs associated with running events, come to the party and at least cover these for organisers, venues and suppliers.”

There are a number of exhibitions and conferences that have now successfully run, however, they have all suffered in numbers of exhibitors and sponsors revenue. And attendance, whilst strong and qualified, has also been impacted.

The event industry is made up of passionate people but without change, acknowledgement and help it will be interesting to see who survives.