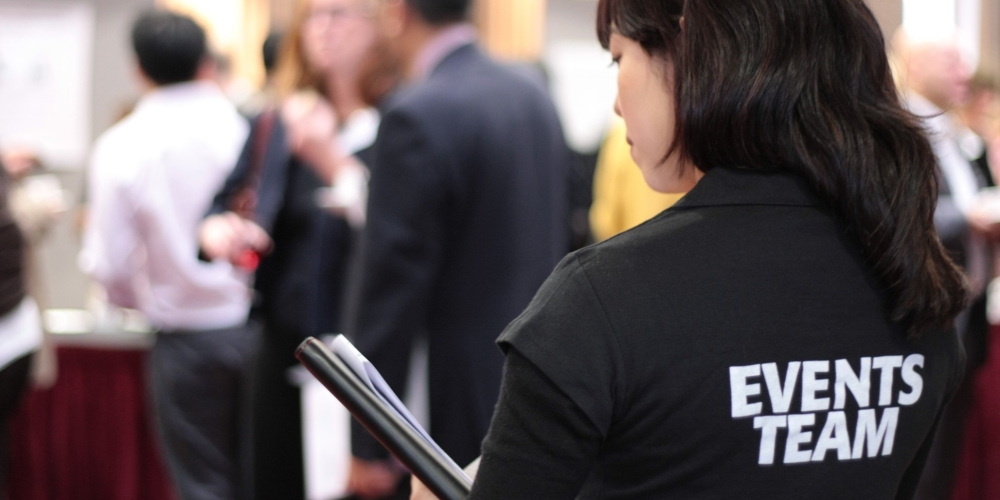 Judge them in the bad days not the good ones!

There is a saying that goes along these lines, “judge your friends during the tough times as this is when their true colours will show, because in the good times it’s easy”.

This is another story around the lessons from the last 18 months. To take on what has come out of it and learn from it as some people seem delusional or have simply defaulted to the head in the sand approach. This is an important issue that we cannot simply sweep under the carpet and hope everything goes back to happy families, the reality isn’t like that, welcome to the new world of events.

For some time the word “confidence” has been the cornerstone to the rebound of the industry. However, “confidence” also applies to staff and people working within our sector.

I am reminded of the above saying because much has been said and written about the staff shortages currently affecting many companies within our sector, and many outside it.

In our sector, is it because we have poorly judged and treated personal during the tough times?

To be fair to venues and who utilised casual staff for service, the majority of whom did come from a pool of backpackers which disappeared with borders closing and the rapid spread of covid. However they too in many cases fit into this story, and venues along with organisers are not totally free from having some responsibility in how we find ourselves now as they too let key personal leave when the going got tough.

At this point it’s important to acknowledge a handful of companies across the sector who managed to work with staff and keep them on.

It should not be lost on anyone that many companies, as early as April 2020, started making staff redundant or devising elaborate plans to have staff resign or work out holidays etc.

Then Job Keeper came along and this became another way for companies to negotiate staff resignations, but keeping them on until the end of Job Keeper in October 2020 when their resignation would take effect. In the meantime they would benefit from payments through the Government scheme whilst companies cleared holiday leave entitlements, in affect using the Government to pay it out over the period. In the short term this may have looked like a smart commercial move, remove debt by getting the Government to pay it but there was no consideration given to when we re-open. The assumption was there would be staff available or they could simply re-employ the ones they wanted, no one considered ongoing border closures and growth in other sectors which paid more and offered better conditions.

Overlay this with a number of companies who avoided paying invoices and started offering anything from 10-70 cents in the dollar on outstanding invoices despite the suppliers having fulfilled the service prior to covid, which in turn forced many of these support companies to fold or simply walk away. Given that clients had paid in advance, not one of these companies who negotiated a lower rate passed any of the difference back to their clients who had paid in full. Some who currently claim to be pillars in our industry should be ashamed of their actions and must certainly have thick hides. What goes around comes around and some are now starting to feel the pinch.

Now fast forward to today and many of the companies who let staff go very early, or negotiated hard, are left floundering for staff and it’s amazing how many simply don’t join the dots to know that they are struggling through their own actions. I need to be clear not all companies in our sector have done this, a handful endured the costs and showed staff what it’s like to be a friend in the hard times, but they too are now being penalised as many have left the sector for greener pastures in other industries.

Equally “poaching” and upping the dollars to buy staff from competitors has reached a whole new high (or, in my view a new low in ethics) – why belong to associations with professional standards and then don’t abide by any of them?

The “poachers” now have to pay for the inflated salaries some-how, and it will flow through. Increased rates and the talk of price fixing (convincing all in the same category to increase to a min level) is certainly circulating, and this could be a slippery slope. If organisers and venues don’t accept increases (and it’s hard to see how most can with the majority of show’s rolling costs to participate from 2020/21 to 2022) ultimately exhibitors will be hit and this just raises one of our old complaints, exhibitions are just not cost effective enough.

So the “poachers” have now increased costs. They don’t want to stand out for essentially supplying products that haven’t changed in three years, so they want others to join them by suggesting increased pricing by everyone. I call this out as gutless and underhanded and it does nothing to rebuild the sector. If we did have a code of ethics that was adhered to and enforced many would not need to maintain or renew membership of any association. Hopefully some reading this can feel the red heat enter their face as they know they are guilty, but for many ruthless individuals they will just brush this story off as if it’s not them.

If they think they can charge more than others for something that hasn’t changed in years then take the gamble and stand up. They haven’t so far which is why the whisper mill is running at full pace and why I believe they are pathetic in their attempts to encourage competitors, many who they screwed over, to join them in the plan to fix increased pricing.

We need to be better and have the fortitude to now hold the companies to account who short changed service companies. The same ones now running around poaching and attempting to fix prices. Our industry doesn’t need this kind of approach, we have been battered and are now finding our way back, we should be doing this with pride, energy, passion and not tolerate some of the behaviour, and it’s not how great sectors grow. We will grow through mutual respect, passion and together all rowing in the same direction.

If companies want to collaborate, why not deal with the real issues and look to establishing a pool of casual staff resources that can be shared, and in turn offer consistent employment. And it’s the labour companies who build shows from the ground up that have largely been screwed over.

As I said, how people treated staff, partners, and clients in the tough times is the true measurement of the company, some are now paying for how they have acted out, let’s hope we are mature enough to now draw the line and stamp out these tactics and put our energy into the return.

Most importantly let’s learn from the past and recognise business relationships are like friendships, and how we have treated people during the tough times should be equal to the good.