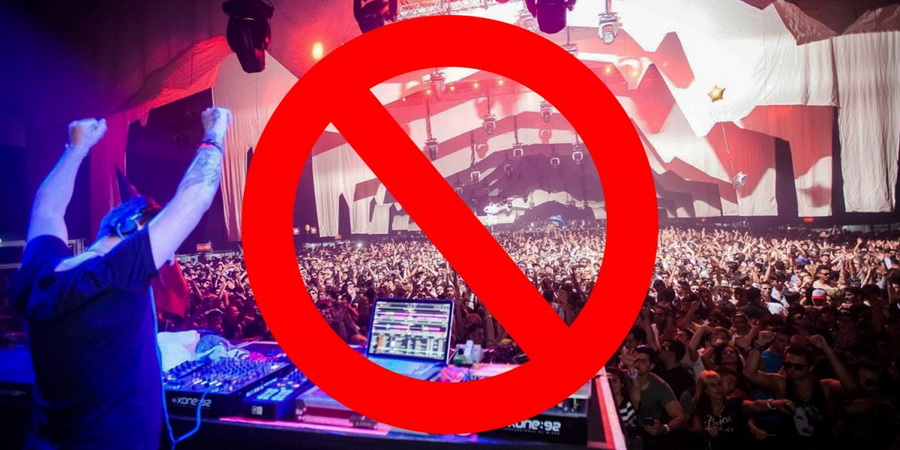 The big issues affecting festivals at the moment will also impact expos and conferences – which usually do not kick in again until February. So it’s worthwhile having a look at the impact. And how religious festivals are open slather.

Cancellation Insurance – there have been many calls for a national COVID cancellation insurance scheme that the federal government has steadfastly refused to back. And the only state to introduce a scheme is Victoria – but as Gary Fitz-Roy points out, organisers can only claim if the event is cancelled because the State has declared a lockdown. The “National Cabinet” has made it clear that there will be no more lockdowns, so the Victorian scheme is actually useless.

JobKeeper or similar – once again, the feds have made clear that they will not provide any more direct support to those thrown out of work unless the state declares a lockdown.  So without lockdowns all the performers, technicians, etc can do is apply for the dole.

Confidence – at ASE we have been talking about confidence as the key to the return of live events. It will be interesting to see how quickly confidence returns once this wave starts to subside. My own experience saw confidence return in November as the Delta wave subsided. At EventPix we had six weeks of intense work covering over 50 events. However that confidence waned very quickly from around the second week of December as Omicron took hold and has continued to plummet since then. Currently in Sydney tickets are very easy to get for the major musicals and the opera as people stay away.

And then – Two sets of rules – the reason most festivals are cancelling is because audience participation in singing and dancing had been banned – first indoors and then outdoors. However this rule does not seem to apply to “churches” such as Hillsong:

NSW Police have confirmed Hillsong Church will not be issued a fine for breaching public health orders after footage of maskless young worshippers singing and dancing to music sparked widespread outrage.

Artists and fans in NSW have slammed Hillsong after the religious organisation ran what looks and sounds like a music festival this week, while non-religious festivals like Grapevine Gathering were forced to cancel amid ever-changing COVID restrictions.

A glaring double standard for the live music industry and Christian bands to stage live performances has been defended by NSW Health.

The department on Friday announced restrictions would be reintroduced across the state as cases of the new Omicron variant continue to rapidly multiply.

When contacted by Guardian Australia for comment on Thursday, a Hillsong spokesperson denied the event was essentially a music festival.

“These events are our annual high school-aged youth camps, and are not similar to a music festival in any way,” the spokesperson said.

When pressed on how large groups of young people dancing to songs such as Turn Down For What by DJ Snake and Lil Jon constituted a religious service, the Hillsong spokesperson did not respond.

Which has prompted a pub in Sydney to declare itself a church to get around the ban:

The Gladsong Hotel’s one-off Sunday Service is being billed as “a day of worship, schooners and good times” and will be happening on Sunday, January 23. On the day, there’ll be DJs spinning tunes, plus $15 jugs of ‘holy water’ (The Gladstone’s larger) and $10 Bloody Lord cocktails on offer. And at midday, a pay-what-you-want keg will be tapped, with all proceeds going to Support Act.

So maybe more venues should establish themselves as churches – just think of the tax benefits. And let’s face it; Hillsong, like most “mega churches”, is first and foremost an entertainment company.

And here is an idea for a summer music festival – base it around an ancient ritual such as the Summer Solstice (I know, it was three weeks ago) call it a Druid religious service and dance to your hearts content – to whatever music you like.

I think the next test of confidence will be Australia Day – although I expect the major state and federal events will go ahead, I fully expect the thousands of local government events will be in jeopardy as councils get the jitters.

Here are a number of media reports on live event cancellations

Musicians including Jimmy Barnes, the Hoodoo Gurus and Faith No More have also recently called off shows.

Evelyn Richardson, chief executive of Live Performance Australia, said the LPA met with arts minister Paul Fletcher in December to lobby for a federal scheme but that there was currently “no appetite” for it.

Melbourne’s performing arts and music industry is plunging into a double “Omicrisis” with a COVID-struck workforce and audiences abandoning existing bookings and wary of making new ones.

COVID-19 puts future of live music in doubt as more events are cancelled, but hope is left for some

The Numeralla Folk Festival in the Snowy Monaro is one of the latest events to cancel in NSW due to rising COVID-19 case numbers.

In a statement, organisers said the impact of Omicron across staffing levels, artists, suppliers and guests made the March event unfeasible to be delivered to the expectations of patrons and event planners.

Some good news though

MONA FOMA is going ahead at the end of January.  Festival Director, Brian Ritchie put out this statement yesterday.

Mona Foma is working to bring you a festival that is as safe and meaningful as possible, as circumstances change. This work continues in a COVID-19 affected environment, with Tasmania’s borders open and the virus active in the community.

This year’s festival responds to such an environment, with an emphasis on outdoor events and reduced capacities in both indoor and outdoor spaces, as well as programming works which disperse audience attendance.

Culture is vital. And, with the tourism and arts industries hurting, we’re proceeding—for the sake of both the spectators and the creators. While we know that not every event will be able to continue as planned, we will evaluate the situation day-by-day and respond accordingly.

We greatly appreciate the efforts of our staff, performers and community, who are demonstrating exceptional flexibility and creativity in working towards the 2022 festival.

Also at the end of January the Thredbo Blues Festival is going ahead.

At this stage Easter events are still on including The National Folk Festival and Bluesfest and the Blue Mountains Music Festival just before Easter.

Unfortunately the list of cancelled music festivals is growing – and most of them are community and/or volunteer run.