The latest budget papers show that over the next year the Victorian government will give $10.2 million to Melbourne Convention Bureau (a division of the government owned Visit Victoria) in on-going funding and support.  The only government support at all for Victoria’s $12 billion business event sector.

By comparison, the government is giving $11.2 million to Puffing Billy to fund their on-going operation.

In a normal year in Victoria there are over 100,000 business events with a direct spend of more than $12 billion.

The Event industry is more than one third of Victoria’s ‘visit economy’ and account for half of the $19.5 billion lost from the ‘visitor economy’ over the last year.

While events are starting again only about 10% of normal events are now happening.  So the losses have been staggering.

We have lost over three quarters of our industry’s technical talent. With similar losses of talent right across the industry.  The job losses – especially after the end of JobKeeper – have been massive.

Some of the funds to MCB will go to support some business events.  But only larger multi-day national conferences are eligible – so less than 5% of business events.  These are events with long lead time – six months plus – so a very long time before the dollars will trickle down to the hardest hit businesses.

We have been pushing for direct support for businesses so that they can survive the next six months.  So businesses can afford to keep on key staff or put them back on so they can gear up again and be able to cope with events when they finally do start happening again.

We have also been pushing for government backed COVID cancelation insurance as the main reason why so many events are not happening is because people can’t deal with the huge financial risk of their event being cancelled at the last minute due to a lockdown.  There is no commercial insurance available now.

We understand that Minister Pakula has put out a statement saying that over 8,600 event industry businesses have received $71 million in state government support – through the Business Support Fund, etc….

But when you do the maths on their numbers, they are saying that on average each business received just $8k.  The very hardest hit industry most of which was closed for a year – and many have still not done one live event, and just $8k in support on average.

We want Victoria to again be Australia’s premier event state.  But this can’t happen without the people and businesses that actually build and operate the events.  It is time for the Victorian government to support these people. 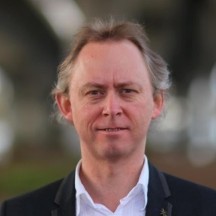 Simon has worked right across the event industry for very close to four decades. While starting in entertainment events, he worked extensively in public events, consulted to the Victorian government on major projects like Melbourne Docklands and Federation Square, and for many years now his company - Event Pty Ltd - has specialised in higher end corporate events.

He also consults to a wide range of organisations ranging from major event companies to entertainment promoters.

He is one of the founders of the Save Victorian Events campaign - which has given voice to people and businesses working right across Victoria’s event industry.