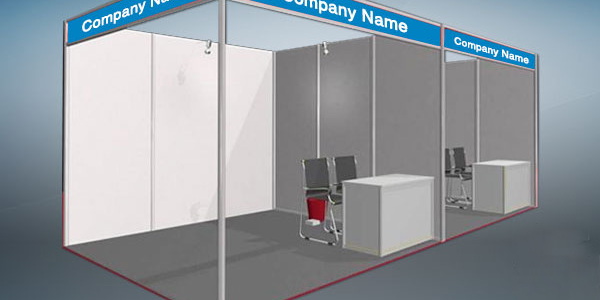 Will price gouging be our downfall?

OK we need it on the recovery table. We can win the battle but loose the war and if the major stand builders and furniture suppliers continue down the current path of what seems to be opportunistic pricing and profit direction whilst blaming the price rises on staff shortages.

For now show organisers are compromised on price increases as most have rolled their contracts from 2020-21 into this year and some to 2023. Revising a contract with increasing rates would, under most contracts, give clients an out. I don’t know too many organisers changing rates so far, most are hanging on and rolling every deal they have.

The challenge that lies ahead of organisers is how they can increase rates on a three year cycle in one step. The increase is what many need to get to, but will it be too big a jump?

Venues haven’t really showed their hands fully yet, they have been extremely supportive so far and trying to ensure shows get going while maintaining current rates, it is hoped they continue on that path because for shows to happen they need to give the above non increases for the last three years. Given these are government owned facilities, which is very different to the majority of the industry users, couldn’t  the states consider really dumbing it down and help by changing the rental prices across the whole business sector so it’s 100% transparent and helps everyone (conferences and exhibitions) rebound and smooth out the road ahead?

Suppliers, especially the majors, however won’t like what I am about to say but it needs to be tabled and they need to sit back and stop playing the victim card and potentially putting the industry rebound at risk. Many of you know I have been an advocate for the suppliers, however recent decisions by a number of them are not in the spirit of a recovery. If we don’t stop some of the increases and come to a sensible position we may see the demise of some shows. Can I be clear it’s not all suppliers – just seems to be the bigger boys.

There are a few things playing out, all to do with rate increases in double digits, all largely justified by staff shortages, resulting in shows not delivering the profit they now expect/need, but that’s the kicker.

Those same companies didn’t stick by their staff during covid allowing talent to exit the industry, their own actions have compromised their delivery, many have put their personal survival as the major priority and that’s OK but don’t now cruel it for everyone else in the business event chain. Increases on electrical leads as an example is simply questionable when it isn’t even new equipment. Whilst staff hourly rates may have increased, the percentage increases being charged are way out of whack with actual hourly rates. And then there’s the profit factor, if they can’t make the double digit they want or expect they are simply turning show delivery away while the whole time blaming it on the lack of staff – which is they assisted in causing!

These are the same companies who cried poor during covid but managed to get contracts to build vaccine centres, do signage, manufacture sneeze guards and sanitiser stations. Conversely organisers couldn’t turn to any real sustainable income and still today underwrite the whole risk, providing suppliers with nearly exclusive entrée to clients!

I do agree suppliers do warrant some form of a price review, however there is a BUT via some historical background. Back in the late 1980’s shell scheme was $34 per sqm when companies like ADS and Natex (Design & Display) were around, fast forward and enter the international take overs and increased competition from new suppliers and rates for the same product has dropped to between $25 to $30 per sqm depending on who you are, and when desperate can be as low as $21 per sqm.

Here is where the BUT comes in, any increase needs to be now linked to the circumstances that have evolved, it’s interesting to note no one had the fortitude and commitment to increase by double digit before covid but are happy to do so now, hiding behind the change in rates but to a new extreme which is currently not sustainable – there needs to be a reform in the thinking! There needs to be an acknowledgement that three years on some shows are already locked to a pricing plan. Equally there needs to be far more consideration for the small shows or shows that don’t have the big margins, these were once part of a suppliers bread and butter, now if they don’t pay the rates or deliver the profit they being discarded to the side and hoping someone else will pick them up, we can’t afford for this to happen.

There are some suppliers such as freight who are caught up in the Russian/Ukraine situation where the cost of fuel is rapidly increasing, again many have pre-quoted shows and are now going back to clients to say we now need to increase our rates does nothing for our recovery and brings up the old chestnut that business events are just too expensive. In this case it’s not the freight companies fault, and like the floods it’s totally out of their control.

I repeat not all supply companies are acting out as some and this is where it gets tough.

Exhibitors have been exposed to new ways of marketing, replacing traditional shows with online, virtual and other means. Do we really need to put additional barriers up?

Last week I did a story around having a plan, as I simply don’t believe as a sector we have one and I think we are kidding ourselves around the recovery, thinking 2024 as the realistic recovery or return to how we were. I would hope the associations are equally across the pricing dynamic and the potential impact it will more than likely have.

Whilst the major suppliers will dismiss this story or put it down as a jibe, karma has a way of coming around; competition will eventually come to play, and when you expect or want support don’t be surprised it’s not there, we need to play the long game and if there are to be increases do it through discussion, consultation and working together and that means all sized clients, that is the common law of business.

Ponder this – it’s the Common Law of Business.

John Ruskin (1819-1900) was a leading English critic of Victorian era art, a social thinker and philanthropist. He wrote on all kinds of subjects including geology, literature, botany and the economy. He was born almost 200 years ago, and yet his thoughts are as fresh today as ever. Here’s what he said about having a business balance mindset!

“It’s unwise to pay too much…but it’s worse to pay too little. When you pay too much, you lose a little money…that is all. When you pay too little, you sometimes lose everything, because the thing you bought was incapable of doing the thing that it was bought to do. The common law of business balance prohibits paying a little and getting a lot – it can’t be done. If you deal with the lowest bidder, it is well to add something for the risk you run. And if you do that, you will have enough to pay for something better.” John Ruskin

The above is a chicken and egg scenario, if organisers can’t generate more income and maintain show sizes due to increased costs, suppliers and venues increasing their rates out of step will impact more than any one is thinking.

We have a lot at risk, let’s hope by raising this our industry can be mature enough to stop, think and develop a plan that navigates all business events through the recovery. Venues, organisers and suppliers need to work with one common goal of rebuilding not self-destructing, the last two years pushed us to the edge and it’s going to be a challenging two years ahead, so let’s hope we are smart enough to do it together. We all need to work to the common goal of an industry to rebound as the current outlook is challenging enough without additional hurdles.

on Will price gouging be our downfall?.